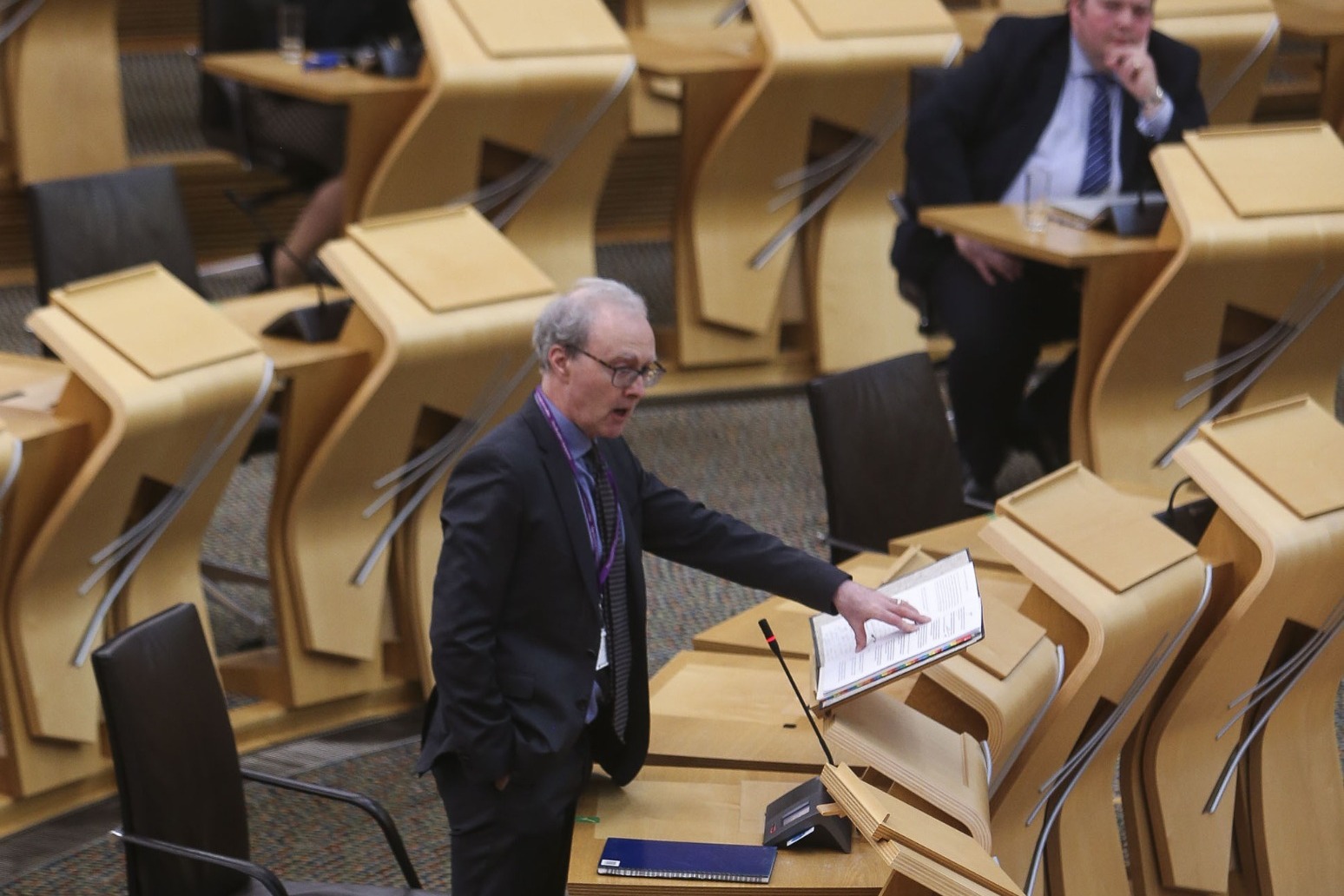 Alex Salmond has questioned the Crown Office’s “unprecedented and highly irregular actions” after it intervened to have his evidence redacted.

The Scottish Parliament agreed to belatedly redact large sections of Mr Salmond’s written evidence in which he accused First Minister Nicola Sturgeon of misleading Holyrood and breaching the ministerial code, following a letter from the Crown Office expressing concern about possible contempt of court.

The former first minister’s legal team is now calling for the Lord Advocate to explain the “astonishing” intervention that attempted to censor evidence already in the public domain.

A spokesman for Mr Salmond said his lawyers will also ask the Crown Office – the body responsible for prosecuting crimes in Scotland – to not destroy any possible evidence about the decision to intervene.

Mr Salmond’s evidence, alleging that Ms Sturgeon had breached the ministerial code – a claim she denies – and describing the Crown Office as “simply not fit for purpose”, was eventually published by parliament on Monday evening.

However, following a letter from the Crown Office purportedly suggesting parts of the evidence could amount to contempt of court, parliament removed the submission on Tuesday before replacing it with a version with five sections redacted.

It prompted Mr Salmond to pull out of his scheduled appearance to give oral evidence to the Holyrood inquiry that is examining the Scottish Government’s unlawful investigation of sexual harassment allegations made against him, although he has offered to attend on Friday instead.

“In light of this astonishing decision to intervene at the eleventh hour and in light of the timing, Mr Salmond asked the committee to defer his evidence by 48 hours to enable his legal team to consider the full implications of this extraordinary intervention,” Mr Salmond’s spokesman said.

“Mr Salmond has now asked his lawyers, Levy & McRae, to write to the Lord Advocate as the head of the Crown Office to ask for an explanation for the Crown’s unprecedented and highly irregular actions.”

The statement, issued on Wednesday morning, also reveals questions that Mr Salmond’s lawyers will put to Lord Advocate James Wolffe – head of the Crown Office and a member of the Scottish Government.

They include demands for him to explain the legal basis for the crown’s intervention, questions over whether the legal position about the evidence has changed and why, and whether there were any representations made to the Crown Office.

The spokesman added: “Mr Salmond has instructed his lawyers to request specifically that the crown preserve and retain all material and communications with all or any third parties which led to their decision to intervene at the very last minute just as he was set to give his evidence.”

The current First Minister has denied any breach of the ministerial code and said there is “not a shred of evidence” that Mr Salmond can show to prove there was a conspiracy against him.

Scottish Labour interim leader and member of the Committee on the Scottish Government’s Handling of Harassment Complaints, Jackie Baillie called for the Lord Advocate to answer an urgent question in parliament about the decision to redact Mr Salmond’s submission.

“The Crown Office’s unprecedented intervention yesterday demands explanation – we cannot have this Parliament cowed into submission by the will of the Crown Office.

“The Lord Advocate must appear before the parliament to explain the actions of the Crown Office immediately.”

Parliament’s Presiding Officer has since allowed an urgent question to be asked of the Scottish Government on Wednesday afternoon, about whether the Lord Advocate “was consulted about the letter from the Crown Office to the Scottish Parliamentary Corporate Body in relation to the evidence from Alex Salmond published by the Parliament”.

The call was echoed by the Scottish Conservatives, who have also urged the current First Minister to publish her submission to the separate investigation into whether she broke the ministerial code.

Party leader Douglas Ross said: “The SNP government and the Crown Office are shutting down scrutiny at every turn.

“The Lord Advocate must face Parliament to explain why the Crown Office are strong-arming parliament and suppressing evidence – not to protect victims’ identities – but to protect Nicola Sturgeon.

“The First Minister broke cover this week in a panic to demand Alex Salmond bring forward his evidence, only for the Crown Office to shut it down.

“If she won’t release her own evidence on ministerial code breaches, she’s a hypocrite and, once again, she’s trying to dodge scrutiny.”

The Scottish Government and Crown Office and Procurator Fiscal Service have been contacted for comment.