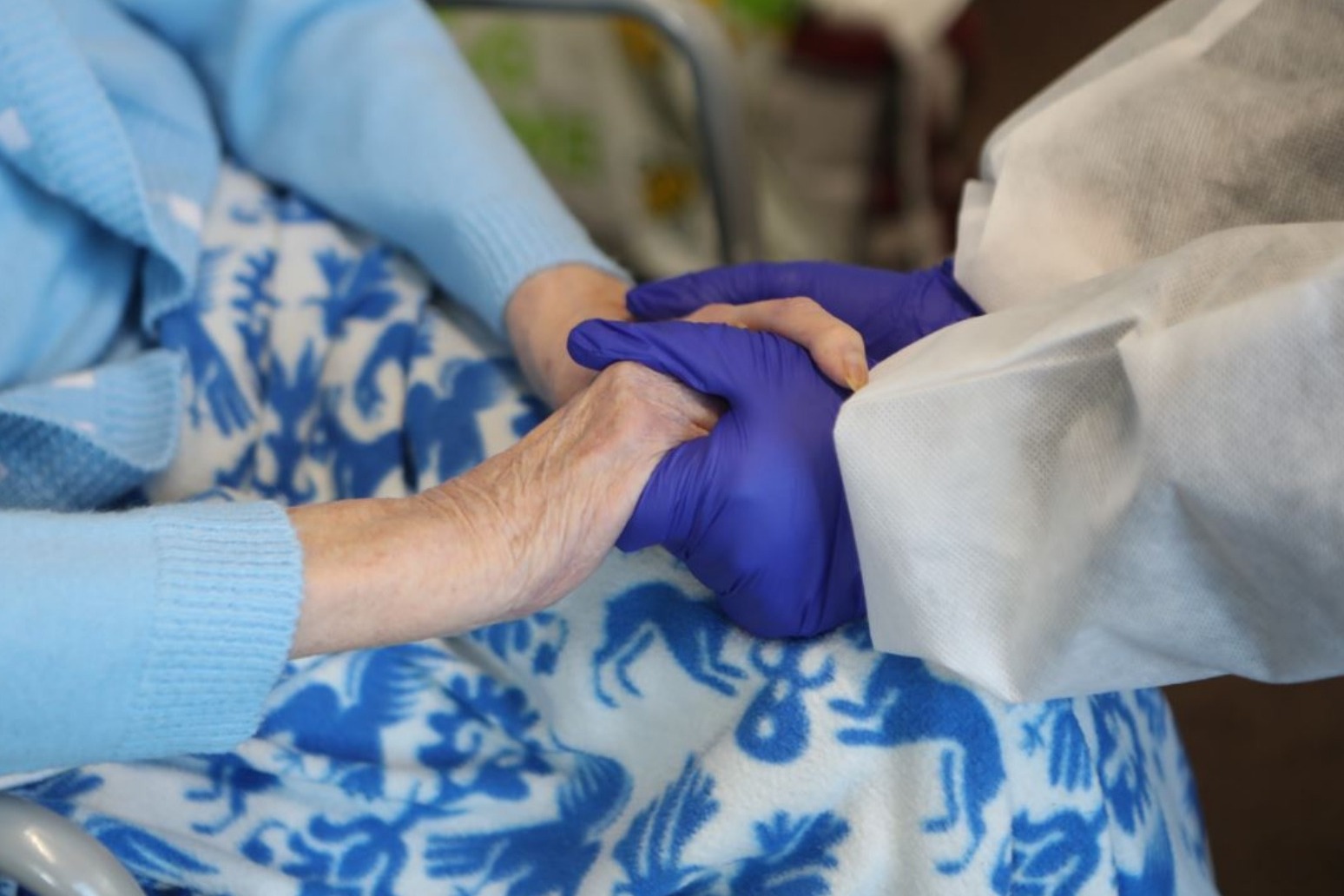 Care home residents will be able to spend time with loved ones in “low risk” visits without having to self-isolate on their return, the Government has said after being threatened with legal action.

From Tuesday, residents leaving their home for a walk or to visit a loved one’s garden will no longer have to isolate for two weeks on their return.

But those leaving for medical appointments and for overnight visits will still be required to self-isolate for 14 days, the PA news agency understands.

The Department of Health and Social Care (DHSC) removed the requirement for outdoor, “low risk” visits after being threatened with legal action by the charity John’s Campaign.

Under the changes, residents on visits out must be accompanied by either a member of staff or one of their two nominated visitors, and follow social distancing throughout.

They cannot meet in groups or go indoors – except for the use of toilets – and public transport should be avoided where possible.

It is understood a resident would be able to eat outside at a restaurant or cafe with their care worker or nominated visitor if they agree this with the care home in advance.

Residents will also be able to vote in person in the upcoming local elections without having to self-isolate for 14 days afterwards.

The DHSC is expected to review the self-isolation requirement for more visits when it reaches the next stage of the Government’s road map on May 17.

Prime Minister Boris Johnson said: “We know how challenging this time has been for care home residents, so I am pleased that they can now leave their homes to reunite with their loved ones outdoors.

“With the data continuing to head in the right direction and as restrictions ease, it is my priority to keep increasing visits for residents in the coming weeks in a safe and controlled way.”

The DHSC said updated guidance will be published in due course.

John’s Campaign co-founder Julia Jones said the rule change did not go far enough, saying it was “massively inadequate” that the isolation requirement remains for those who leave to visit the doctor.

Asked if she was celebrating the move, she told BBC Radio 4’s Today programme: “I’m waiting until we see the guidance.

“I still struggle to see what legal right the Government thinks it has for preventing people with full mental capacity from walking out of their homes the same as every other member of the population. I struggle to see why they should be under surveillance.”

Leigh Day partner Tessa Gregory, who is representing John’s Campaign, said legal proceedings were due to be issued next week.

She said: “This is good news but as always the devil will be in the detail and John’s Campaign will be scrutinising the new guidance once it is published to ensure that it is lawful and fit for purpose.”

Elsewhere, the Department for Transport has missed a deadline set by MPs for grading countries under the new traffic light system for international travel.

Many people are eager to discover what countries are on the green list to avoid the need to self-isolate, as the ban on overseas leisure travel is expected to be lifted for people in England from May 17 as part of the next easing of coronavirus restrictions.

The Commons’ Transport Select Committee issued a report last week which stated that the green, amber and red lists of destinations must be published by Saturday “at the latest”, but the Government said the lists will be made public in “early May”.

Tory MP Huw Merriman, who chairs the committee, said the categorisation of countries is “the bare minimum” that the travel industry and consumers need to make preparations for May 17.

Meanwhile, celebrities Sir Lenny Henry, Liz Hurley and David Walliams have joined TV actors Lydia West and Navin Chowdhry in a campaign to encourage people to have their vaccine.

The stars pretend to audition as they tackle misinformation about Covid vaccines.

Ms Hurley urges people to “roll up your sleeve, it’s not just your own life you’ll be saving”, while Sir Lenny says: “People in the black, Asian, ethnic and minority community are 20% less likely to take up the vaccine.”

NHS England said more than nine in 10 people over 45 have received at least one dose of a Covid vaccine, while 120,000 appointments were booked before 9am on Friday as vaccines opened up to people aged 40 and 41.