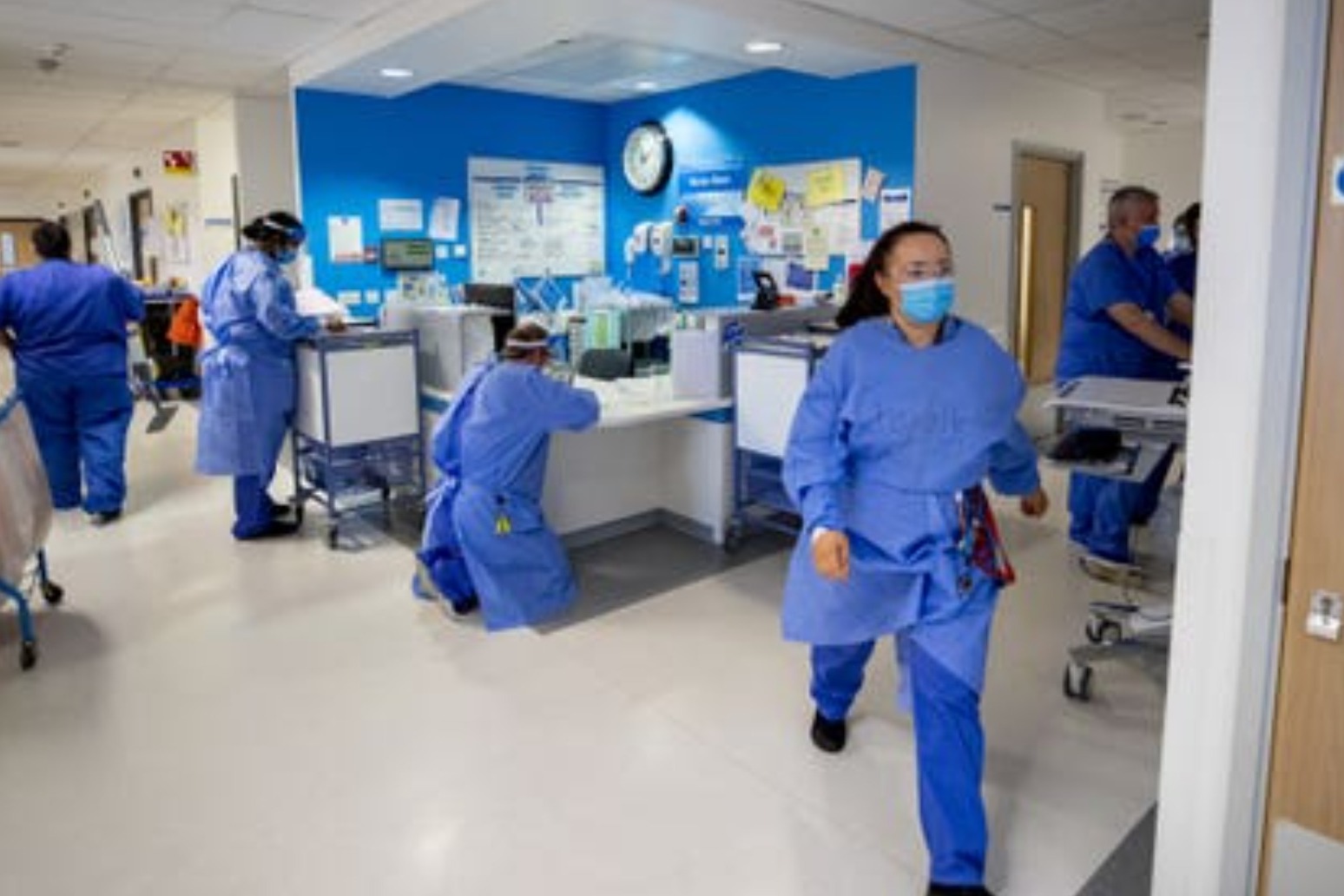 The NHS is likely to remain “at full stretch” for at least another six weeks, a leading health official said as he warned the Prime Minister against easing lockdown too quickly. Chris Hopson, chief executive of NHS Providers, which represents NHS trusts in England, has written to Boris Johnson calling for a focus on “data, not just dates” when it comes to the Government’s approach to the route out of lockdown.

The Prime Minister will scrutinise data this week on coronavirus case numbers, hospital admissions, deaths and the impact of the vaccine rollout as he prepares his plan to reduce restrictions.

Mr Johnson has said he will aim to give target dates for restrictions being eased when he sets out his plan next Monday, but “won’t hesitate” to delay plans if infection rates make it necessary.

– The Chair of the Vaccines Taskforce Clive Dix told Sky News that every adult in the UK could be given both jabs by August or “maybe sooner” in a sign of the optimism around the speed of the vaccine rollout.

– Surge testing will be deployed in parts of Norfolk, Southampton and Woking, Surrey, where the South African Covid-19 variant has been found, and expanded in Manchester.

– A new tool determining those most at risk of severe disease or death has identified 1.7 million additional people in England who should shield – a move that will see 800,000 of those impacted shifted up the priority list for a vaccine.

In his letter to the Prime Minister, Mr Hopson said case numbers were “still far too high” and the health service remained “at full stretch”, something he said trust leaders believed would continue for at least another six to eight weeks.

He said: “The evidence on Covid-19 cases, NHS capacity, progress with vaccinations and readiness to combat Covid-19 variants all show that it is much too early to start lifting restrictions.”

It comes as reports suggested Downing Street is considering a cautious approach to easing the current measures.

The Daily Mail said ministers are weighing up allowing holiday lets to open in time for the Easter weekend and that pubs could open in May, but with only up to two households permitted to mix indoors.

The rule of six would then come into force for mixing inside by June, it added.

Meanwhile, the Daily Telegraph reported Covid-19 cases would need to sink to 1,000 per day before lockdown could be softened, a figure suggested by former health secretary Jeremy Hunt earlier this month when he urged a cautious approach to lifting restrictions.

That figure is a long way from the 10,625 lab-confirmed cases reported on Tuesday, and Downing Street said no decision had been made yet on easing the lockdown.

The Department for Health and Social Care (DHSC), meanwhile, did not deny suggestions that rapid-result testing will be at the heart of attempting to introduce a level of normality in the coming months.

It follows a report in The Times that claimed a Government testing blitz is set to start in time for some schools reopening next month.

The newspaper said NHS Test and Trace is preparing for nationwide “surge” testing under which more than 400,000 lateral flow tests, which can provide results in less than 30 minutes, will be sent by post to homes and workplaces every day under a scheme called “Are you ready? Get testing. Go”.

Asked about the possibility of expanding the use of lateral flow tests, the department said more than 70% of local authorities in England were already offering rapid testing to those who are unable to work from home and pointed to the drive to widen the availability of quick-result testing to businesses with more than 50 employees.

A DHSC spokesman said: “We have not finalised further plans for testing.”

In a possible indication of what Mr Johnson could announce next week, First Minister Nicola Sturgeon has set out a phased return for schools in Scotland.

Primary school children between the ages of four and eight will be back in their classrooms from Monday, along with some senior students needing to do practical work for qualifications – but Ms Sturgeon stressed it was “unlikely” any more youngsters would go back before March 15.

The SNP leader was also cautious about holidays, telling people the Government was “likely to advise against booking Easter holidays” either overseas or within Scotland, as it was “highly unlikely” that hotels and self-catering accommodation will have been able to open by then.

For the summer, she said holidays in Scotland “might be” possible – although foreign travel was still “highly unlikely” to be permitted.

In Northern Ireland, the country’s education minister said a definitive decision might be made on Thursday about when schools can reopen.

The Stormont Executive has already said it will be March 8 at the earliest before schools can open their gates to more pupils.