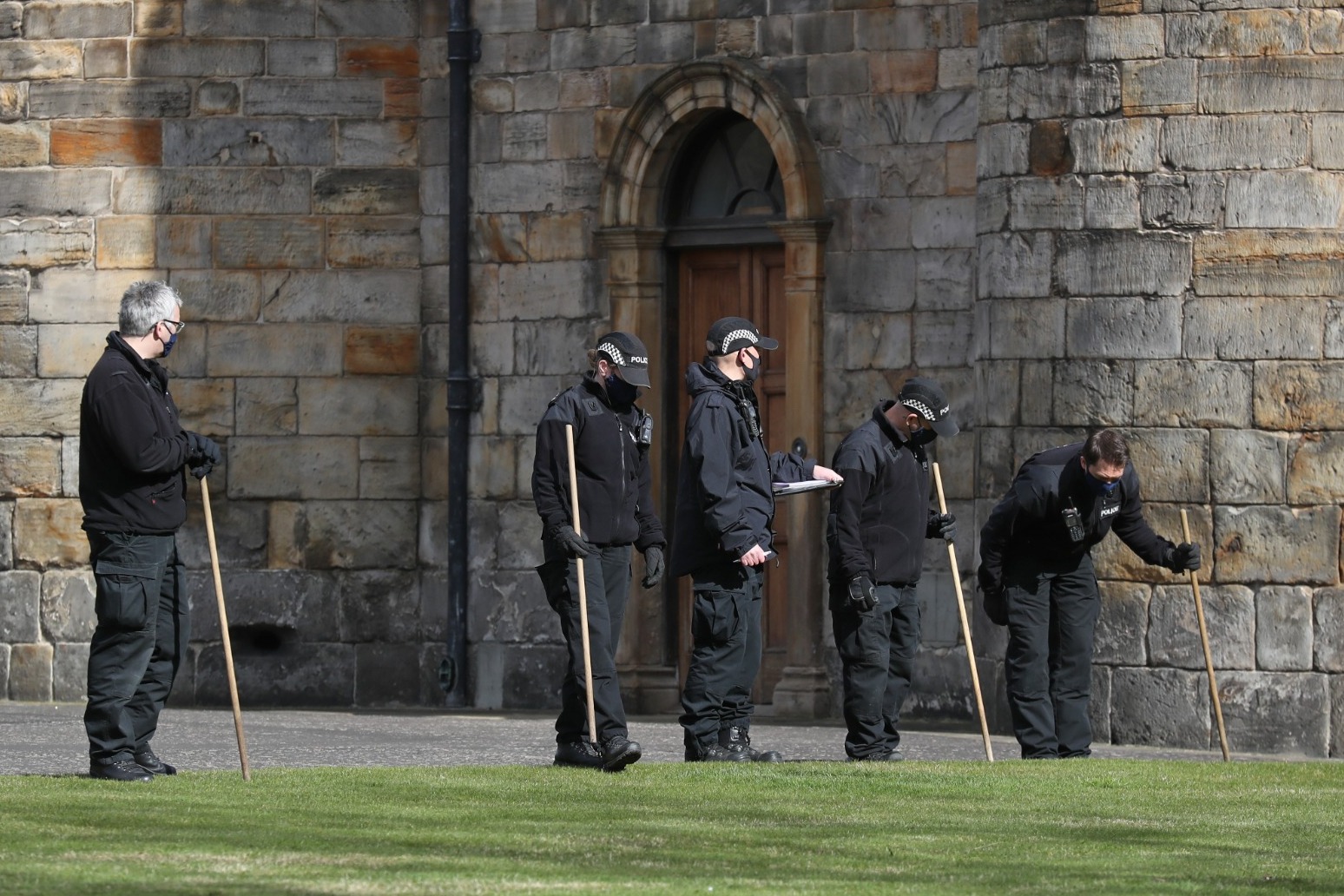 Police have arrested a man after a bomb disposal team attended a report of a suspicious item in the grounds of the Palace of Holyroodhouse, the Queen’s official residence in Edinburgh.

Officers carrying long sticks were seen methodically combing the forecourt and grass outside the building in Edinburgh on Wednesday.

Others looked down drains and underneath cars and some officers were seen putting items into clear plastic bags.

Police vehicles were stationed outside several entrances to the palace.

The Palace of Holyroodhouse is the Queen’s official residence in Edinburgh.