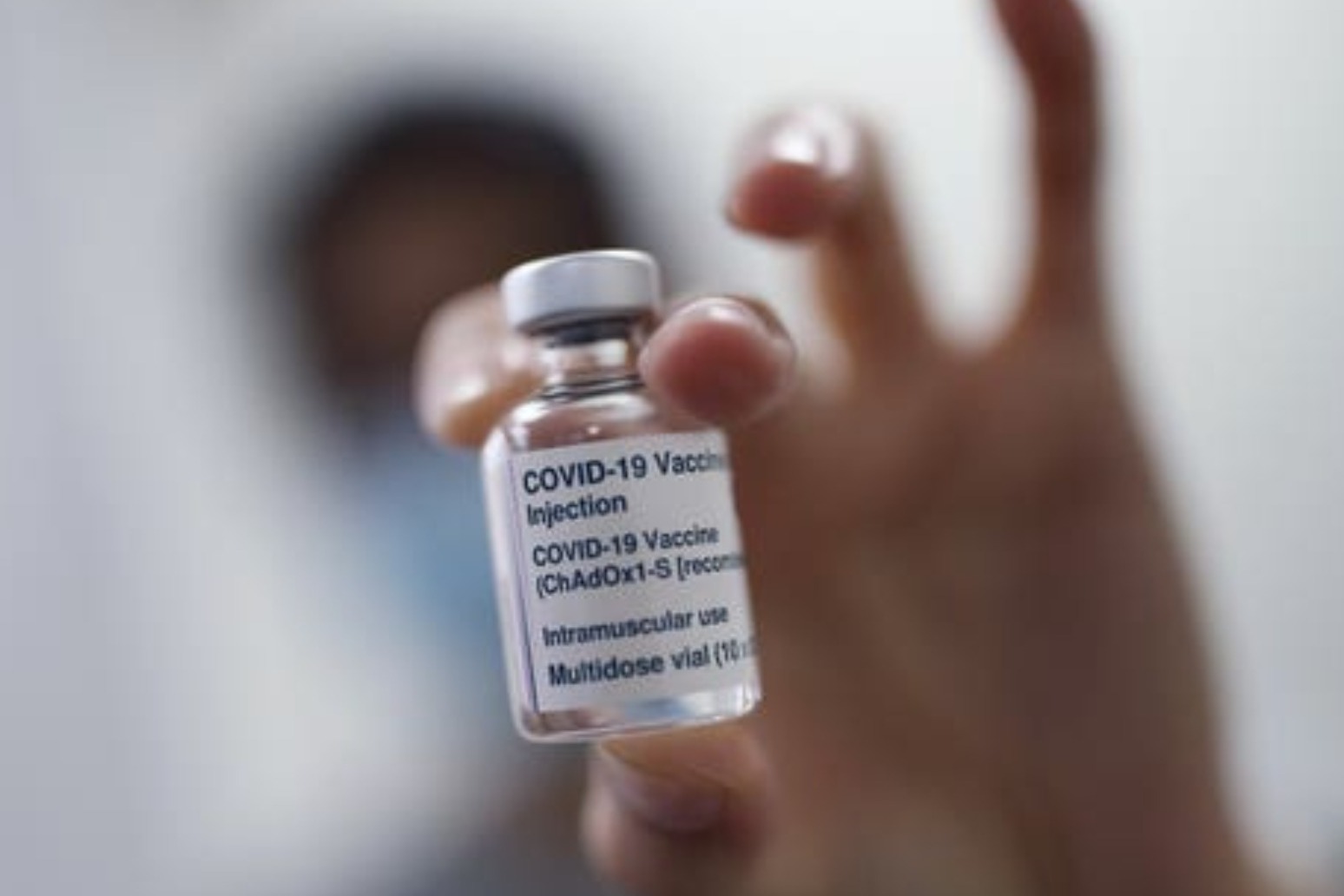 The Health Secretary has sought to reassure the public that the AstraZeneca Covid-19 jab is safe after some European nations halted its rollout. The European Medicines Agency (EMA) is conducting a full scientific review, but has said it currently “remains convinced” that the “benefits of this vaccine outweigh the risk”.

The regulator, which approved the jab for Europe, is due to offer a further update on Thursday after several European countries halted its use due to reports of some people suffering blood clots following vaccination.

Matt Hancock told broadcasters on Tuesday: “The Oxford/AstraZeneca jab is safe, we know that over 10 million people have had it in this country, and that’s what the British regulator says but also the World Health Organisation and even the European regulator.

“We keep the effects of these vaccines under review all the time and we know that the Oxford/AstraZeneca vaccine is saving lives in the UK right now so if you get the call, get the jab.”

The Health Secretary said “huge numbers” of people are still taking up the jab, adding: “The enthusiasm for getting the vaccine is incredibly strong and we’re still seeing that.”

It comes as the World Health Organisation (WHO) issued a new statement saying it was also evaluating the reports, but still believed the benefits of the AstraZeneca vaccine outweighed any risks.

Emer Cooke, the EMA’s executive director, told a press briefing on Tuesday there was no current indication that the Oxford/AstraZeneca’s coronavirus vaccine was the cause of the “very rare” reported blood clots.

“I want to stress at present there is no indication that vaccination has caused these conditions,” she said.

“They have not come up in the clinical trials and they are not listed as known side events with this vaccine.

“In clinical trials both vaccinated people and people who received the placebo have shown some very small number of blood clot developments.

“The number of thromboembolic events overall in vaccinated people seems not to be higher than that seen in the general population.”

Some countries have suspended use of a particular batch of the jab due to concerns, but Ms Cooke said the small number of reports from Europe involved several batches and “therefore it is unlikely to be something related to a specific batch”.

However, she said this would form part of the EMA’s ongoing investigation.

She said there would be an increase in the reporting of such cases due to the publicity surrounding the current reports.

The EMA is looking at the incidence of blood clots and some reports of abnormally low levels of blood platelets among some people who have had the jab.

Ms Cooke said: “We have pulled together an ad hoc meeting again today to help us evaluate these cases with all the surrounding information that the member states will have.

“The experts will then carry on their assessment and again will meet on Thursday to come to a conclusion on the full information that has been gathered, and to advise us as to whether there are any further actions that need to be taken.

“We will inform the public of the outcome immediately after this meeting.

“Our experts are working tirelessly to carry out this assessment as quickly as possible, but it needs a scientific evaluation. We need to have the facts first. We cannot come to a conclusion until we have done a thorough scientific analysis and we owe it to the European citizens to deliver this clear and science-based response.”

She said that “trust in the safety and effectiveness of the vaccines we’ve authorised is paramount for us”, adding the EMA was worried “there may be an effect on the trust of the vaccines”.

But she said the priority was to ensure that vaccines “can be used safely”.

Sweden added itself to the list on Tuesday, saying the move was precautionary.

On Tuesday night French prime minister Jean Castex suggested attitudes towards the AstraZeneca jab in the country were shifting after telling broadcasters he would accept a dose of the vaccine “as soon as the suspension is lifted”.

Ms Cooke was asked about reports of blood clots in relation to the Pfizer and Moderna vaccines, and how these compared with reports for AstraZeneca.

She said: “We are looking at adverse effects associated with all vaccines.

“At the moment the current focus, because of the reported instances in Europe, is of the AstraZeneca (vaccine) but we have looked at the background rates for all the vaccines currently in circulation and it looks like there are similar numbers coming in across the world.

“But that’s something that will have to be evaluated by our committee.”

The MHRA said that, in the UK up until February 28, it had received 30 reports of blood clots in people who had the Oxford/AstraZeneca jab and 38 reports associated with Pfizer/BioNTech.

It said more than 11 million doses of AstraZeneca had been given in the UK so far.

“Such reports are not proven side effects of the vaccine. Blood clots can occur naturally and are not uncommon,” a statement said.

On Tuesday afternoon, the WHO released a statement saying there had been reports of clots in “very few people”, but “there are several aspects of these cases which require careful evaluation, including the age of patients, clinical features and severity of conditions”.

It added: “This data is now being collected and carefully reviewed by WHO and the European Medicines Agency. At this time, we do not know whether some or all of the conditions have been caused by the vaccine or by other coincidental factors. As soon as the review is finalised, we will inform of any findings.

“For the moment, based on the evidence reviewed to date by the EMA, the benefits of the AstraZeneca vaccine in preventing hospitalisation and death due to Covid-19 outweigh the risks of side effects.”

Earlier, the director general of Italy’s medicines authority, Nicola Magrini, told Italian daily newspaper la Repubblica that the decision by some European countries to suspend the rollout was a “political one”.

He said the vaccine was safe and added: “We got to the point of a suspension because several European countries, including Germany and France, preferred to interrupt vaccinations… to put them on hold in order to carry out checks. The choice is a political one.”

According to AstraZeneca, about 17 million people in the EU and the UK have received a dose of the vaccine, with fewer than 40 cases of blood clots reported to date.