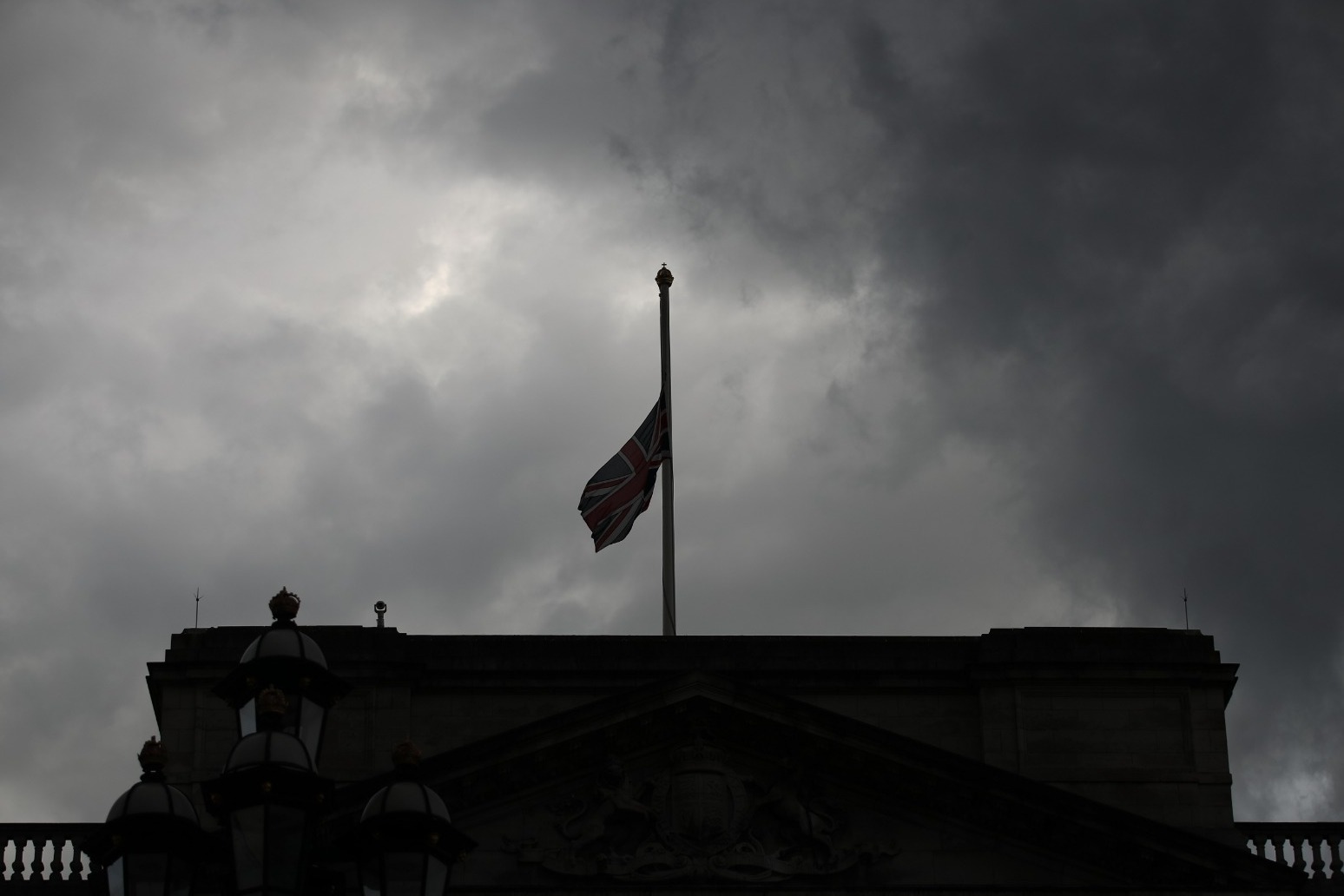 Gun salutes marking the death of the Duke of Edinburgh are to take place across the UK, in Gibraltar and at sea.

Saluting batteries will fire 41 rounds at one round every minute from midday in cities including London, Edinburgh, Cardiff and Belfast, as well as Gibraltar and from Royal Navy warships, the Ministry of Defence (MoD) said.

Gun salutes have been fired to mark significant national events since as early as at least the 18th century.

They were used to mark the deaths of Queen Victoria in 1901 and Winston Churchill in 1965.

The public is being encouraged to observe the gun salutes, which will be broadcast online and on television, from home.

First Sea Lord and Chief of the Naval Staff Admiral Sir Tony Radakin, the most senior officer in the Royal Navy, added to the tributes to Philip.

In a statement released on Saturday morning, he said: “His genuine empathy, affection and engagement with the Royal Navy resonated with us all.

“His generous spirit, his delight in all aspects of the Naval Service, and his deep understanding of our values, standards and ethos made him such a close friend to the Service for over eight decades.”

In London, the King’s Troop Royal Horse Artillery will ride out from their base at Napier Lines, Woolwich Barracks, onto the Parade Ground.

There will be 71 horses, 36 of them pulling six 13-pounder field guns dating from the First World War.

The same guns were also fired for Philip’s wedding to the Queen in 1947 and at her Coronation six years later in 1953.

Defence Secretary Ben Wallace said: “His Royal Highness Prince Philip, the Duke of Edinburgh was a constant supporter and ambassador of the armed forces.

“We celebrate his life of service and offer our condolences to Her Majesty the Queen and the royal family.”

Chief of the Defence Staff, General Sir Nick Carter said: “His Royal Highness has been a great friend, inspiration and role model for the armed forces and he will be sorely missed.

“The Duke of Edinburgh served among us during the Second World War, and he remained devoted to the Royal Navy and the armed forces as a whole.

“A life well lived, His Royal Highness leaves us with a legacy of indomitable spirit, steadfastness and an unshakeable sense of duty. From all of us who serve today and who have served, thank you.”

Ships taking part include the HMS Diamond, HMS Montrose and HMNB Portsmouth, while the Royal Gibraltar Regiment will join the salute from the British overseas territory.

Philip joined the Royal Navy after leaving school, beginning at the Britannia Royal Naval College in Dartmouth in May 1939, and was singled out as best cadet.

During the Second World War, he served on several ships – firstly on HMS Ramillies – and saw active service against German, Italian and Japanese forces.

In March 1941, he was a searchlight control officer on the battleship HMS Valiant and was mentioned in despatches for his part in the battle of Matapan against the Italian fleet.

Shortly afterwards, he was awarded the Greek War Cross of Valour.

He rose rapidly through the ranks, earning promotion after promotion, with some believing he could have become First Sea Lord – the professional head of the Royal Navy.

But the Duke stepped down from his active role in the forces to fulfil his duty as the Queen’s consort.

In recognition of his long-standing connection with the Royal Navy, the Queen conferred the title of Lord High Admiral on the Duke to mark his 90th birthday in June 2011.