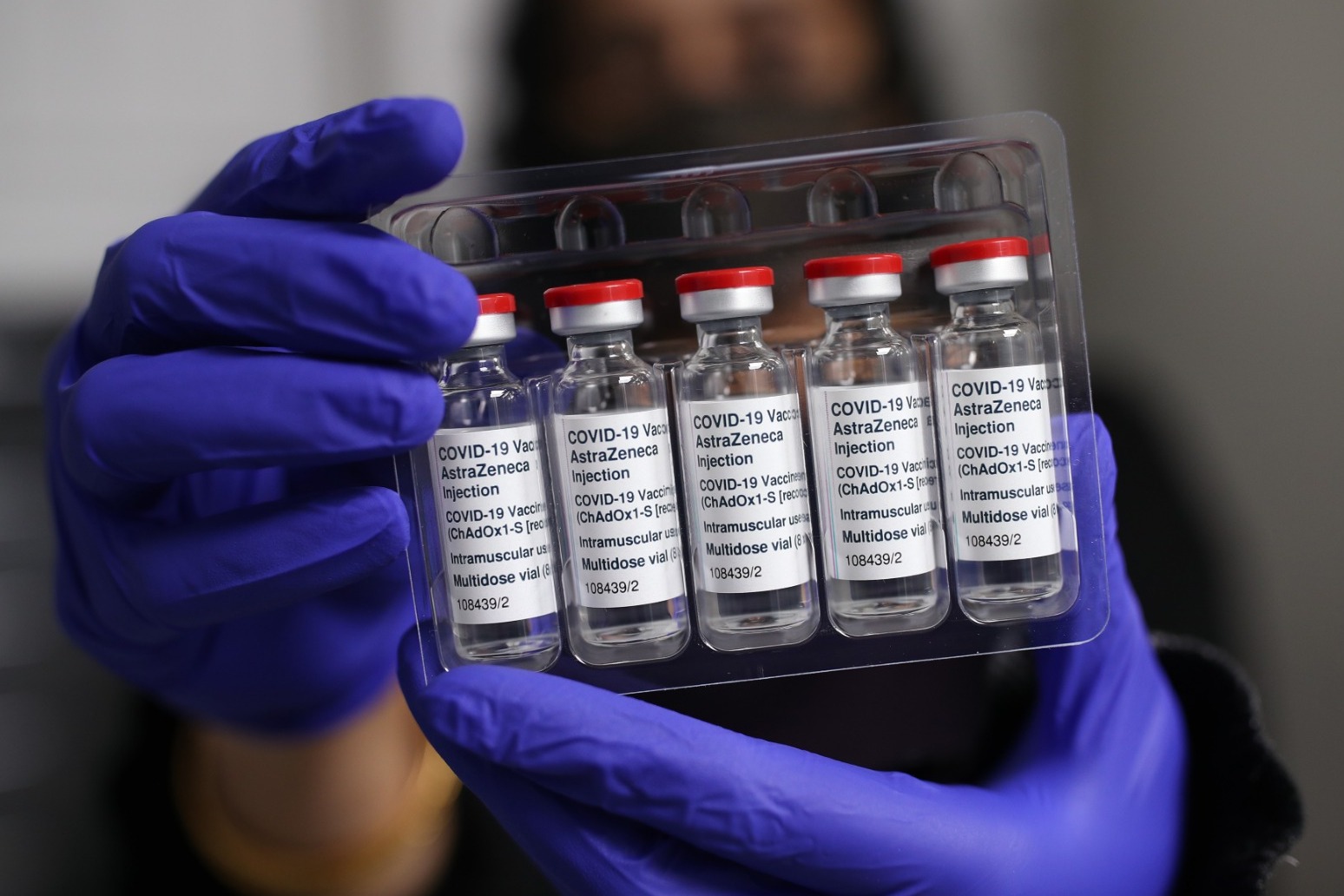 Estimated 1.3 million of England’s at-risk yet to take up jab offer

Around 1.3 million vulnerable people are yet to take up the offer of a Covid-19 jab, according to new estimates.

The NHS in England said 19 out of 20 of those most at risk from the virus have now received their first dose of a vaccine.

An estimated 27 million people in England are in the top nine priority groups for the vaccination – including over-50s, people deemed to be clinically extremely vulnerable, and health and social care workers.

This means it is likely around 25.7 million have received their first Covid-19 jab.

But it also suggests around 1.3 million have not yet been vaccinated, according to analysis by the PA news agency.

It comes as one vaccination expert warned that it is “vitally important” for people at highest risk to come forward.

Professor Jeremy Brown, a member of the Joint Committee of Vaccination and Immunisation (JCVI), told BBC Radio 4’s Today programme: “The problem here is that that 5% or 10% who have not been vaccinated, when the virus re-circulates through the community, they could get infected and end up in hospital, so it’s vitally important that we get that last few percent.”

The Department of Health and Social Care said that, in England, around 95% of people aged 50 and over have received a first dose, while 92% of people who are clinically extremely vulnerable to Covid-19 have also had a vaccination.

Health and Government officials have insisted that the offer of a vaccination is “evergreen” and that people who have been invited for a jab can come forward to receive it at any point.

Vaccine hesitancy in Britain is highest among 16 to 29-year-olds, according to recent figures from the Office for National Statistics (ONS).

An ONS survey carried out in February and March found that some 12% of people in this age group said they had declined the vaccine, were unlikely to have the jab if offered, or did not know if they would have a vaccination.

This is the equivalent of around 1.2 million people, based on the weighted population figures used in the ONS survey.

Data previously released by the statistical body revealed some of the reasons for people having “negative sentiment” towards the vaccine, including being worried about side-effects, the long-term effect on health, wanting to wait to see how well the vaccine works, or not thinking it is safe.

Adam Finn, professor of paediatrics at the University of Bristol and a member of the Joint Committee on Vaccination and Immunisation, said young people need to come forward for vaccination “in large numbers” to help “exit this catastrophe”.

He told Sky News: “We’ve certainly got an important job to do to communicate the importance of the vaccination programme to younger people – they perhaps have less fear of this disease than older people quite understandably have had, but nevertheless I think people can be helped to understand that the ultimate exit from this catastrophe involves building up immunity in the population.

“We need to get to a point where so many people are immune to it that the virus is left with nowhere to go and that means that younger people do need to come forward in large numbers, as older people have done, in order to achieve that goal.”

Meanwhile, Prof Brown said the success of the vaccination programme means that the damage the virus can do in future will be “relatively restricted”.

But he warned that if a third wave hits the UK the nation could potentially see up to 50,000 more deaths.

“I feel mighty relieved that we are now in a position where a very high proportion of the vulnerable population have been vaccinated. So, if control of the virus is lost, then the damage it can do will be relatively restricted,” he said.

“But when I say relatively restricted, what I mean is that a big third wave could still end up with 30,000 to 50,000 deaths, potentially, if it was a similar sort of size to the previous waves that we’ve had.

“So, although the vaccines are important, there are the components to controlling this virus that are important and that is the social distancing measures that we have.

Other reasons young people should be encouraged to take up the offer of a vaccination include the possibility of long Covid and the chance they might pass the virus to others, Prof Brown said.

He said that 10%-15% of hospital admissions for Covid-19 are among people under the age of 50 and most of these are concentrated in people aged 40 to 50.

His comments came as the vaccination programme was extended to include people aged 45 and over.

The extension of the rollout came after the target of offering the jab to all people in the top nine priority groups was met ahead of the April 15 deadline.

Prime Minister Boris Johnson hailed the “milestone”, and NHS boss Sir Simon Stevens dubbed the vaccination programme the “most successful” in the history of the NHS.

Sir Simon said: “Vaccinating 19 out of 20 people aged 50 and over is an incredible milestone.

“Thanks to our NHS nurses, doctors, pharmacists, operational managers and thousands of other staff and volunteers, the NHS Covid vaccination programme is without a doubt the most successful in our history. It’s one of our tickets out of this pandemic and offers real hope for the future.”