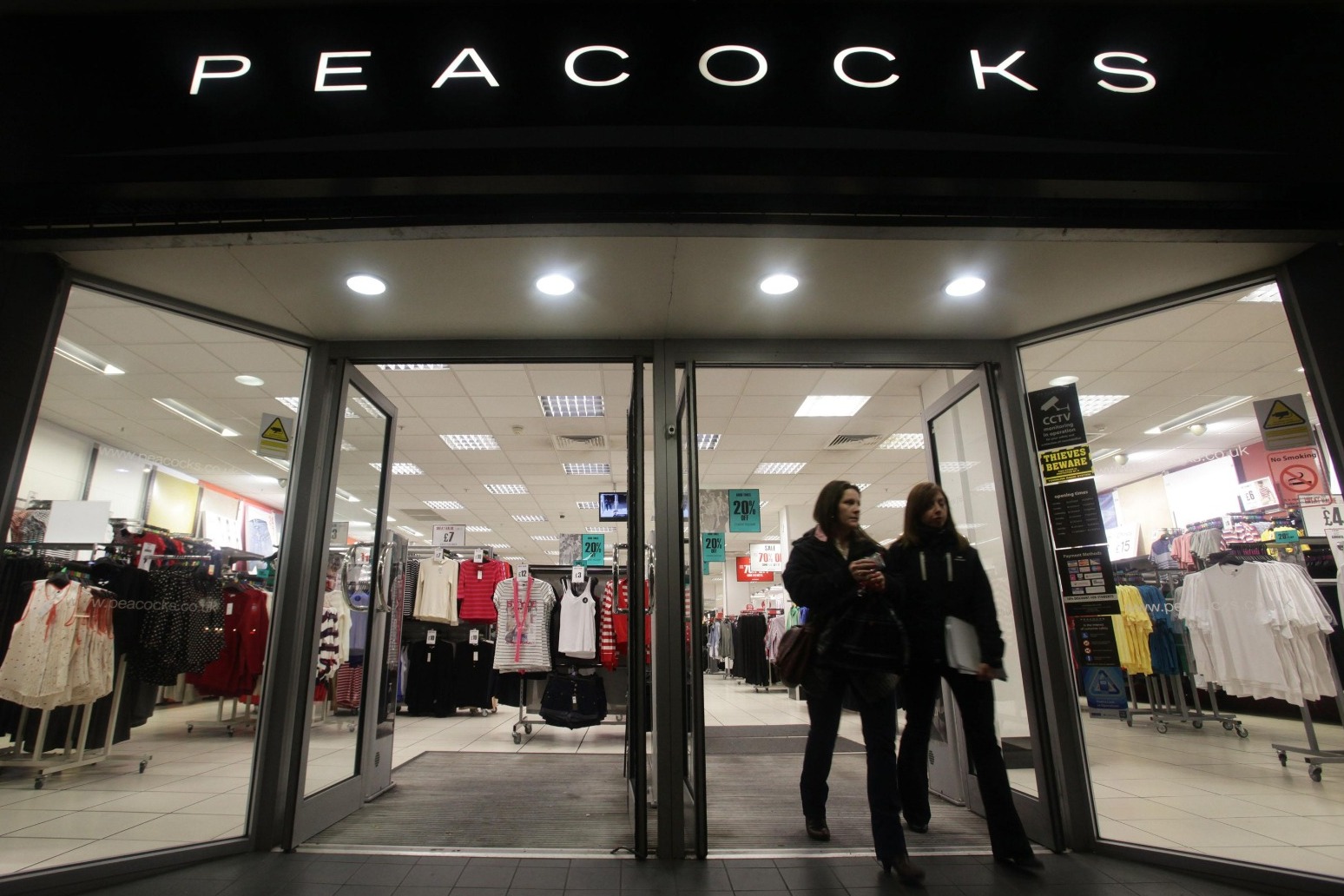 Collapsed fashion chain Peacocks has been saved by a senior executive with backing from an international consortium, it has been announced.

Chief operating officer Steve Simpson will take over the business, saving 2,000 jobs and 200 stores, which he hopes to reopen once lockdown restrictions on non-essential retailers ease.

Mr Day was the biggest creditor of Peacocks and is owed money by the business he once owned.

Administrators FRP negotiated a deal with him by signing a deferred loan agreement between a consortium of investors and the businessman which will eventually see him get his money out of the company.

The consortium of international backers are primarily based in Dubai, where Mr Day lives.

A similar deal was set in place with the EWM and Bonmarche brands, while Mr Day’s other brand, Jaeger, was sold to Marks & Spencer, where it will become an online-only business.

Mr Day will not be in control of the business – ending several decades of involvement in the UK high street – and will hope to recoup the cash he invested as a secured creditor through the deal.

Unsecured creditors, including landlords, suppliers and the taxman, will lose out and are unlikely to get their money back.

According to reports, Sports Direct tycoon Mike Ashley was also said to be interested in the Peacocks brand, although administrators failed to reach an agreement with him.

Peacocks had 400 stores going into the pandemic a year ago and announced a series of job losses and store closures as it struggled to manage under the various restrictions.

The chain had a poor online presence compared with rivals and – along with Arcadia and Debenhams – struggled to recoup business through its websites, leading to its collapse.